There has been a few really interesting things happening lately and I wanted to share them with you all. If you have already read about them then that’s even better – but with studies and work is sometimes hard to keep up with everything, here are a couple of news items that I found interesting.

My motivation is simply to create discussion – for apart from talking about course work there seems little discussion – so let’s talk!

FIRST: Seeing X-Rays – although it is in reference to X-rays produced by rocket generated lightening – seeing the X-rays shoot through the atmosphere is really something and worth looking at. It is not strictly Astronomy but more applied Physics but X-Rays are so important to Astronomy that I thought this was worth reading about:

SECOND: Nuclear reaction defies expectations – is the current atomic standard model in crisis over new type of fission discovered at CERN? This is very interesting stuff and effect Astronomy as much as any other area of Physics: http://physicsworld.com/cws/article/news/44590
FOURTH:
New particle links dark matter with missing antimatter. A new solution and a new proposed particle. Althouh this article is from Nov 29 it is very important, especially to Astronomy and Cosmology that I wanted to add it here as well – in case you missed it. http://physicsworld.com/cws/article/news/44489
FIFTH: Observations of galxies point to dark energy. We need all the observational evidence on Dark Energy we can find – now a team has used a new geometry to show the presence of Dark Energy – or is it Einstein’s Cosmological Constant. Another older article Nov 25 but really worth reading if you are unaware of the item: http://physicsworld.com/cws/article/news/44468
SIXTH:
CERN moves closer to antihydrogen spectroscopy. As you may of heard lately that CERN had trapped antihydrogen well now it time to do the spectroscopy of anti-matter which may explain some of the stange spectra Astronomers see. Who knows.

http://physicsworld.com/cws/article/news/44561
SEVENTH: No evidence of time before Big Bang. Seeing before the Big Bang using CMB images. It appears it was not validated.

This was originally published by Roger Penrose of Oxford University and Vahe Gurzadyan of Yerevan State University in Armenia, which that believed took the form of concentric rings caused by the collisions of supermassive black holes.

I followed this paper and the resultant second paper. I actually attended a lecture by Professor Penrose at a Gravitation and Relativity Conference in Sydney a few years ago where he explained his concentric theory but alas there seems to be no supporting evidence – but what are those rings and triangles? 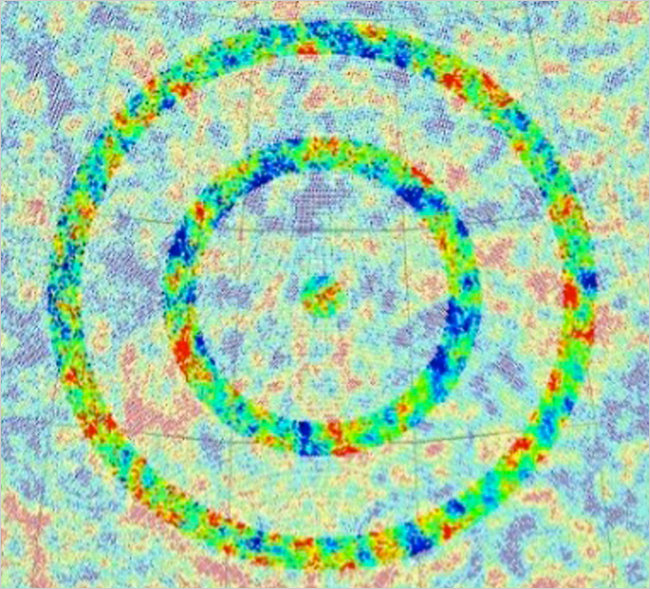 http://www.nature.com/news/2010/101210/full/news.2010.665.html
EIGHT:Exoplanets cast doubt on astronomical theories. Of course the discovery of the new 4th planet in the HR8799 system has been an important one but now some astronomers think our theories are incomplete or simply wrong about how planets form. 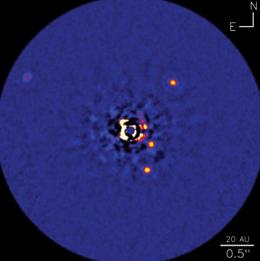